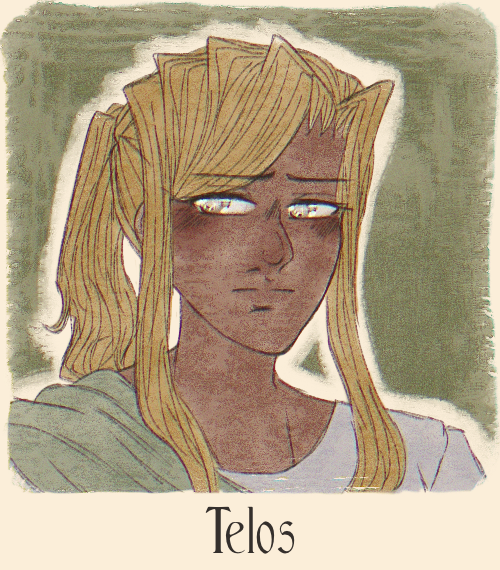 A quiet man born into a prestigious family of priests who served each of the varying gods. As a child, he was chosen to serve Maiden Moon, and due to his connections was given a high position when he was young—one of the most esteemed positions imaginable. Largely because of his responsibilities, he grew up quite detached from others; always kind, but in only exacerbated his general inability to socialize with others. Even so, unbeknownst to most, it was he who caught the eye of Maiden Moon, and prompted her departure from her duties. After she was entrapped within her own body, he left her priestesshood, and began living as himself—Telos. He became an oracle, gaining the miraculous ability to see into the future; however, few ever listened to him, often to their own detriment.