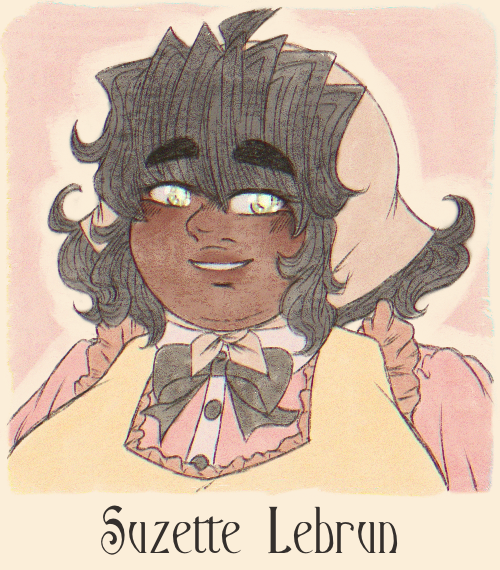 A kind woman who was born into a middling aristocratic family. Even as a child she was never quite accepted by her family, so she turned to baking—a hobby which only ostracized her further. Suzette grew used to being the "disappointment" of the family; but even so, she always attempted to remain friendly and optimistic, and attend to her "duties" as well as she could. Due to her rather sheltered upbringing in particular, she tends to be quite an inquisitive person, interested in discovering more about the world—and the people—around her. Because of her appearance and overall gentle manner, others have a tendency to underestimate her; however, she's actually quite strong-willed and competent, more than able to provide for herself when the situation arises. Yet even so she is still somewhat sensitive and can be prone to crying relatively easily—but also can become overjoyed at the littlest things. 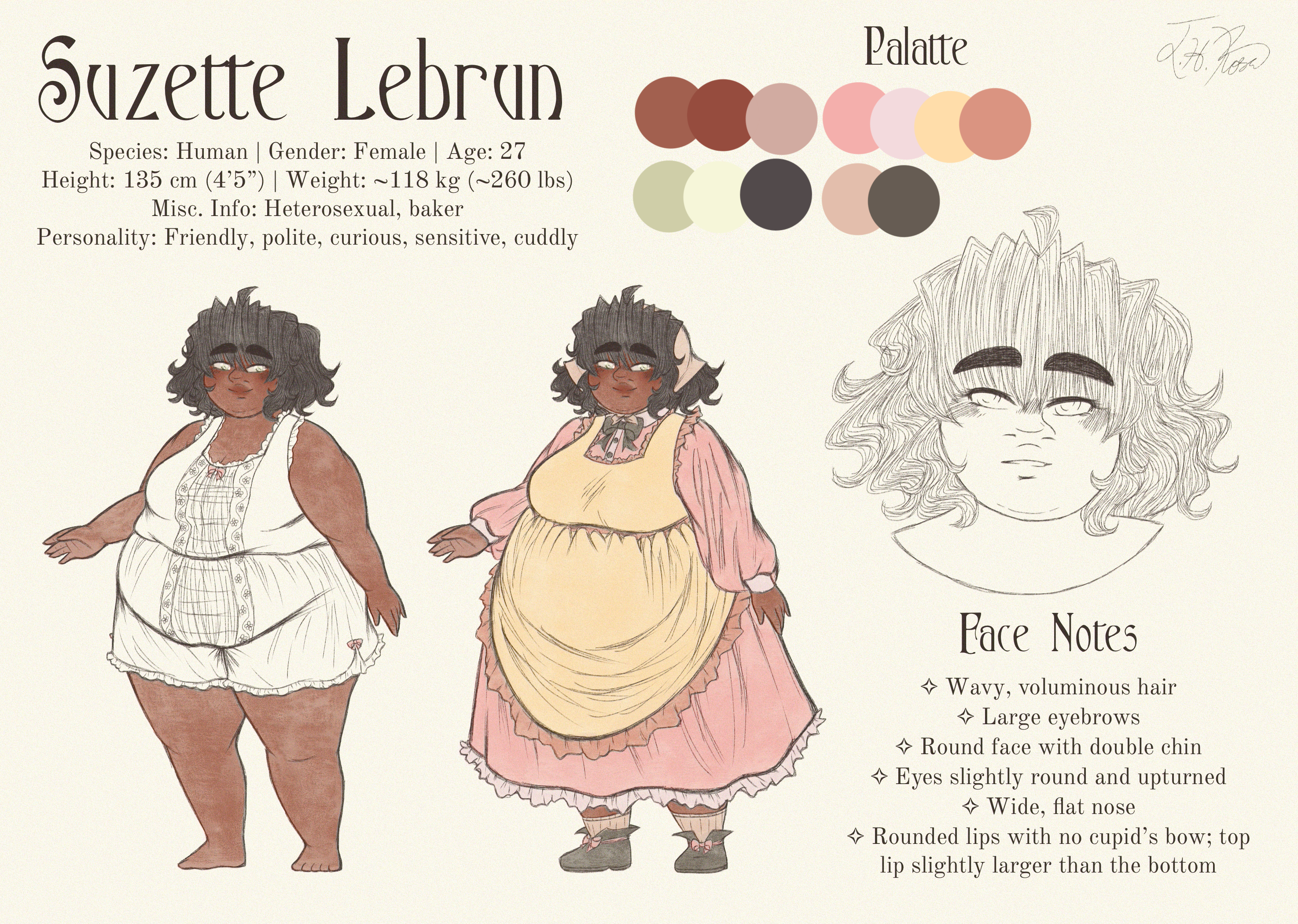