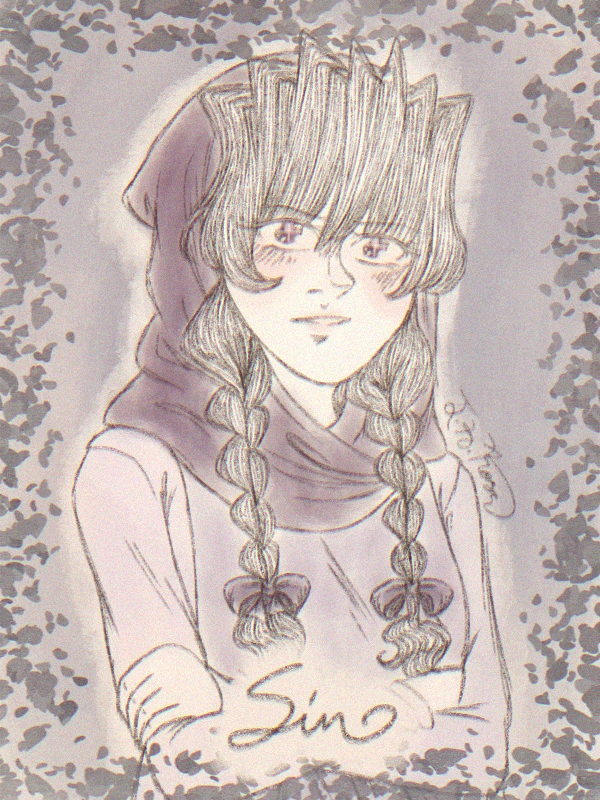 The first human incarnation of Maiden Moon, born out of Maiden Moon's desire to court one of her clergy after being rejected because of her status as a goddess. She positioned herself in such a way that she was soon found by the one she desired, pretending to be an amnesiac girl. Quickly she was dubbed Sin, and became a low ranking priestess in her own temple. At this time, Sin was rather petulent—she didn't like most of the work she was given, finding it terrible boring; and now, without her position, she found she did not in fact get along with most of her own priestesses. Worst of all, she soon began to realize the one she loved was taken with another instead, leaving her to grow worried about her family discovering her, without even achieving what she desired...