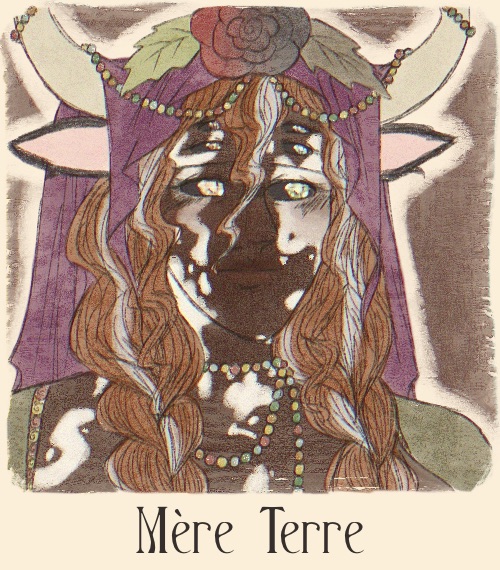 The goddess of the earth, and one of the oldest beings in the universe alongside her counterpart, Père Ciel. From the moment of her birth, she had a singular desire—to create, to populate the world with beings beyond herself and her husband, and the Shadows which surrounded them. This led to the birth of her daughters Lady Sun and Maiden Moon, and the creation of all the life in the universe, imbuing her final creation—humankind—with that same creative spirit. From then on she rested, instead eagerly watching what they would create. In ancient times, she openly interacted with humanity; but, after the imprisonment of her daughter, her enthusiasm slowly washed away, causing her to retreat into hiding for millennia. Even so, some believe Mère Terre still wanders the earth, looking upon her creation even now.