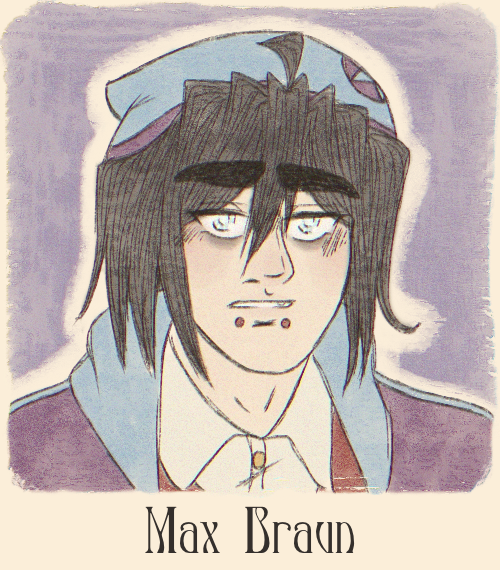 A young man that, on that outside, has a wonderful life—but even from a young age, he had a gloomy disposition. Though this was somewhat alleviated by him growing up in a beautiful rural town, what little stability he had began to unravel once he moved to Ilyavil, the largest city in Soléiâ in his era, where he was constantly berated by everyone around him for being a crybaby; that is, until he realized the tougher you appear, the more you're left alone. As an adult, he keeps this bad attitude, and wariness of strangers; however, around friends he's quite jokey and crass. But even then, he still deeply buries the darkness that lies inside him. For this, he's drawn to various arts and media as the only way he feels he can express himself—especially music, which he has a great passion for.