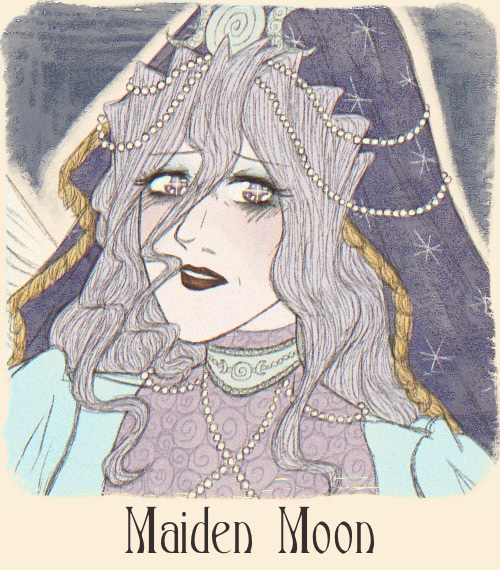 The goddess of the moon, who from the moment of her birth was considered "defective" due to not being bright and shining like her sister, Lady Sun—and although she eventually endeared herself to humanity, she was damned once and for all when she abandoned her body in an attempt to woo one of her priestesses, ending in her imprisonment away from humankind. Because of her thousands of years spent alone, Maiden Moon can be an extremely harsh, bitter woman, and is generally highly distrusting of others. She can also come off as rather egotistical, often flaunting her status as a goddess to the precious few who may hear it. In truth, however, this is all merely a shield to help protect her interior—an extroverted, genuinely kind person that simply wants to live her life in peace; even if, sometimes, her biggest enemy is herself.