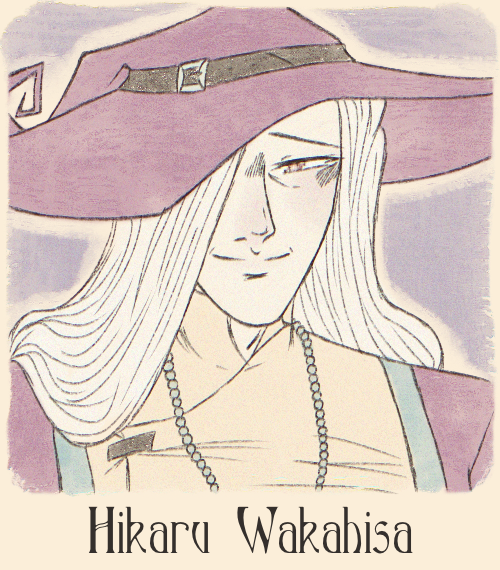 A reclusive middle-aged man who lived a life full of ostracization; first beginning with his albinism that caused him to lose a father and an eye as merely a toddler, and then moving to the continent of Soléiâ as a young child. The older he grew, the more reasons it appeared he did not belong—and so, at last he almost entirely detached from society. Due to both his own nature and his life, Hikaru struggles to even live a normal life, and tends to be nervous and unsociable around others, carrying a somewhat serious and melancholic air about him. Even so, he does his best to be kind to others, and especially so to those who show any kindness to him. He spends most of his time studying the subjects that interest him the most, especially herbalism, folklore, and history. 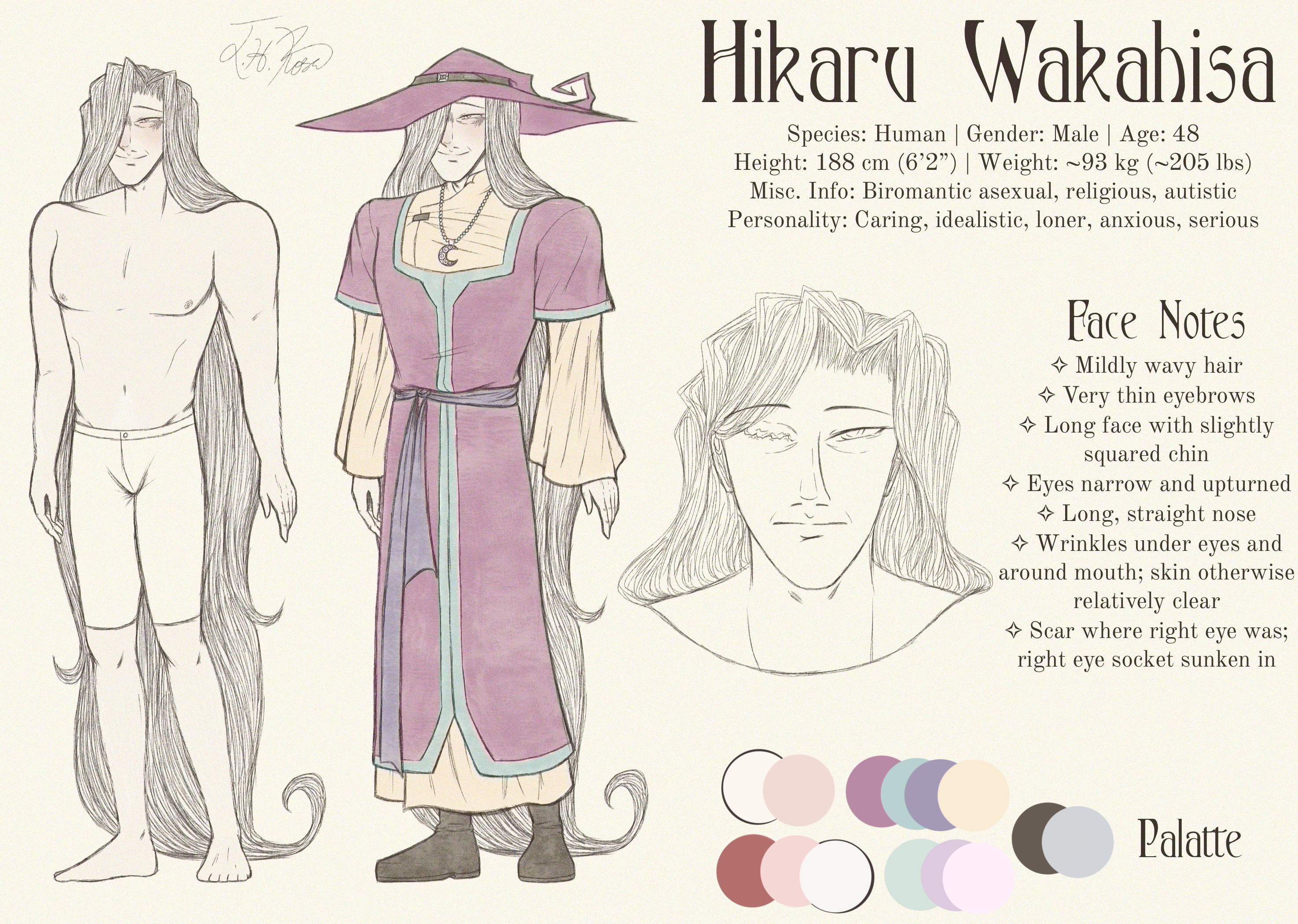