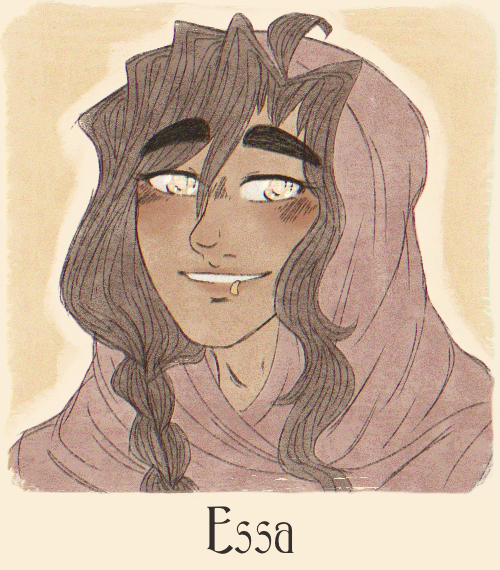 A cheerful person who was lived as a simple shepherd in a small mountain village. Their life was peaceful, until one day their sister grew incredibly ill, nearly to the point of death; and so, in their panic they called out to Maiden Moon, and made a promise—should she get better, they would travel to her highest temple and serve her, even if it meant becoming a eunuch. Once their sister became better, they headed off to her city of Shinanna and joined Maiden Moon's priesthood. They were chosen to be a sacred bard due to their talent with the lyre and beautiful voice, and soon became one of the most popular members of the temple. After the incident regarding Maiden Moon, Essa ceased being a priest, and became a wandering bard.