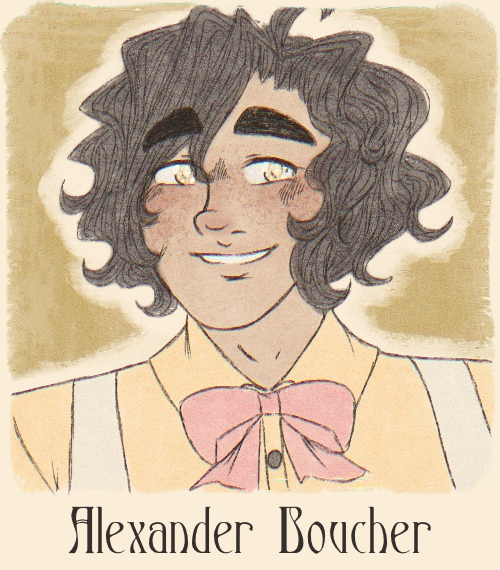 A cheery artist from a small provincial town, Alex lived a fairly simple life being raised by his mother, and a family friend who he became apprenticed under. Although he could occasionally be a bit naïve and dense, Alex was always extremely well meaning and kind, and kept with him a large group of friends—although only a few he ever became truly close to. Sometimes his naïvety caused issues for him, making him put misplaced trust in others; or perhaps ignoring issues in his life because he just couldn't see them. Alex was an extremely talented painter, a skill which eventually led him to quickly rise to fame in the capital of Solzédniê, before after only a few years he semi-retired to a small town in northern Soléiâ. He only lived about a year there before dying of a plague when he was just 21 years old.