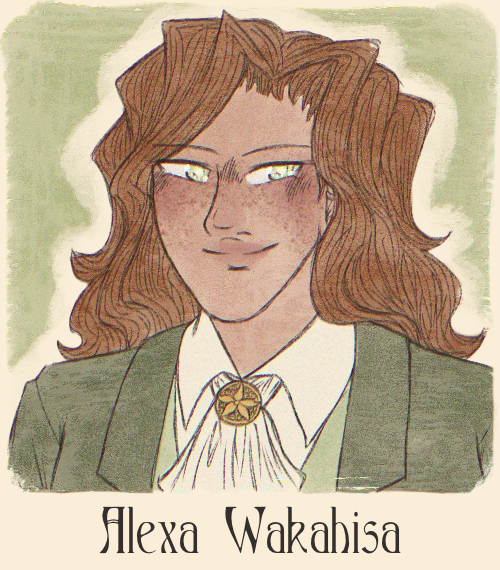 A charismatic woman known for her skills in combat and strategy. Alexa grew up in a small town with a loving family, who always nurtured her unconventional interests, and reassured her as she felt self conscious about her body and place in society as she grew older. Because of this, as an adult she is immensely confident and reassured in herself and her abilities—reinforced by her succeeding at most of her endeavors: becoming a vigilante and reaching the status of a folk hero, being forced into the royal guard, and then finally reaching a legendary status as she staged a revolution of the government from the inside, in later eras becoming on of the most important Soléiân historical figures. She has a strong force of personality and tends to charm (or infuriate) most people she meets. In spite of her outward demeanor, though, she's actually fairly introverted and reflective, and needs much time to herself.