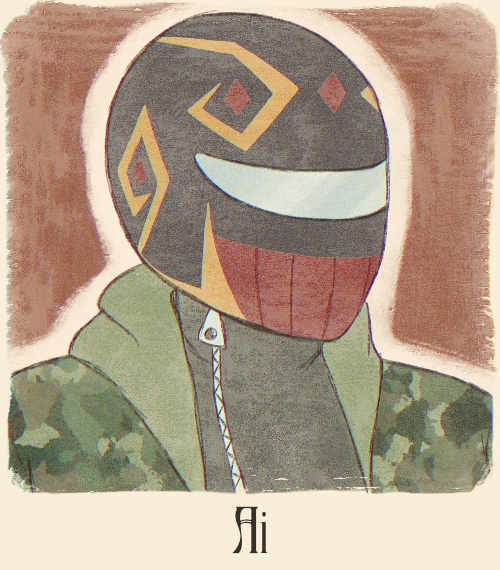 A bizarre being that simply appeared one day in post-apocolyptic Asàshí that is known by many names, but seems to refer to themselves as Ai. No one seems to have any idea who they are on a personal level, only appearing to assassinate cruel government officials and other criminals, and then disappearing without a trace. They're suspected to be some strange kind of faerie—or, if the most outlandish rumors are to be believed, a god—due to evidence of them existing for at least a century, and the fact that in death their corpse simply dissolves, and they always return again somewhere completely different. While some fear them, overall they are quite well regarded, some believing they are one of the last bastions of justice in the broken world. Others, however, simply view them as another example of the chaos reigning around them, and a sign the world will never truly recover.